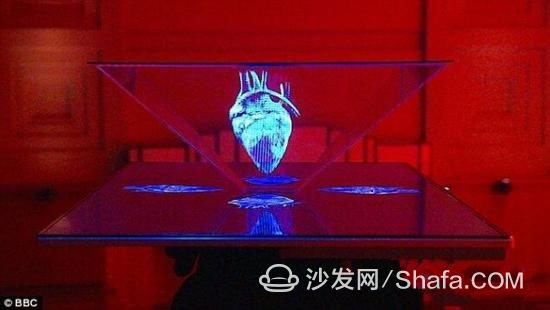 The holographic TV is organized only by a thin display screen and pyramidal acrylic material, and the mirror effect of the glass pyramid allows the image to "float" in mid-air. Currently, researchers have been able to use the device to display the BBC Logo, rotating Earth and running dinosaurs. 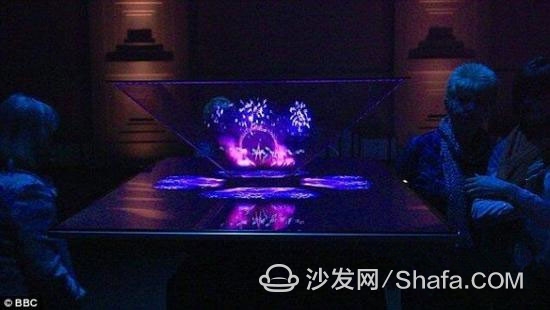