The ability of visible light to pass through when it is snowing, raining, and fogging is reduced. Therefore, such bad weather poses a great threat to traffic safety. When visible light travels through snowflakes, raindrops, and droplets, its visibility is greatly affected by scattering and absorption. Some research institutes have done research and given some characteristics and conclusions about the transmission of visible light under these severe weather conditions.

For visible light propagating in a foggy environment, Bobsy Arief KURNIAWAN measured the human eye's response to LED brightness at different fog concentrations and droplet sizes. He used four colors of red, yellow, blue and green, and the color between each of the two colors, which formed twelve colors of light for experimentation, and concluded that red and yellow and red and blue light had the highest brightness when passing through the fog. At the same time, blue light has the worst visibility in dense fog. In the rainy and snowy environment, most of the research focused on the choice of yellow and white light. It is generally believed that yellow light is better than white light because the glare caused by yellow light at the same brightness is not as severe as white light. This common-sense understanding was confirmed by John D. Bullough's research. He concluded that under the same light intensity, yellow light is less affected by backscattering than white light, and thus the glare is small [2,3] .

Fig. 1 System setup of the experiment in side view

As shown in Figure 1, 1 is the light source, 4 single-color LEDs are 1W; 2 is the fog box, length 30cm, width 37cm, height 32cm, inner surface is black; 3 is humidifier, different through 22 gears Fog; 4 is the connecting pipe, the fog generated by the humidifier is passed into the fog box; 5 is the probe, facing the light source; 6 is the illuminometer, used to collect the illuminance value.

In order to prevent external light from affecting the experimental results, the whole experiment was carried out in a dark room. At the same time, the doors and windows of the laboratory are tightly closed to prevent interference from the outside airflow. The laboratory is kept at a constant temperature of 25 Â°C.

The most important part of the experiment was the simulation of the fog in the laboratory. Since the experimental requirements for fog are uniform, stable, and the concentration can be adjusted more conveniently, the experiment cannot be carried out outdoors in fog, and fog must be artificially sprayed in the laboratory. The experiment uses a mist of water sprayed from a humidifier to simulate fog in nature. The fog existing in nature obtained by most of the droplet sampling methods has a particle diameter ranging from 4 to 10 Î¼m. The centrifugal humidifier can be used to produce a fine mist with a diameter of 5 Î¼m [4], which is within the range of the natural mist particle size. In addition, the use of a centrifugal humidifier avoids the effects of high temperature water mist from the steam humidifier on the gauge probe.

In this experiment, different concentrations of fog are generated through the six gear positions of the humidifier (0, 10, 12, 14, 16 and 18), and the fog concentration rises as the gear increases.

Based on Table 2, a curve showing changes in transmittance of four monochromatic LEDs as a function of fog concentration can be obtained. As shown in Figure 2.

This conclusion further validates the previous relevant research results, that is, the yellow light component has better fog permeability. At the same time, this experiment shows that the visible light component with poor fog permeability is blue light and green light. This conclusion is slightly different from the conclusion of Bobsy Arief KURNIAWAN. One of the reasons for the different conclusions may be due to the different spectra of the blue light used in the two experiments.

In a foggy environment, the decrease in visible light transmission is a result of a decrease in contrast. People can see things, not based on the absolute brightness of the things themselves, but on the contrast between things and the surrounding environment. The presence of fog reduces the extent of this contrast, and the higher the concentration of fog, the lower the degree of contrast. Therefore, people in the fog are not so easy to see things around.

This experiment is only a preliminary study on the transmission of visible light under severe weather conditions. Although the mist produced by the humidifier is not the same as the natural fog in the composition and droplet size and spatial distribution, it can still reflect the transmission of monochromatic light in a large amount of water vapor condensation environment to some extent. The following is a rainy or humid environment. Further research will focus on snow and rain conditions, with a view to the conclusion that the research will provide some guidance for the choice of road lighting equipment, thus improving road traffic safety under severe weather conditions.

Rocker Switches is also called a boat switch, an IO switch, and a power switch. The structure of the rocker switch is the same as that of a Toggle Switches and Slide Switches, except that the handle of the rocker is replaced by a ship. This On Off Rocker Switches often used as the power switch of electronic equipment. Its contacts are divided into single-pole single-throw and double-pole double-throw, and some switches also have indicator lights. 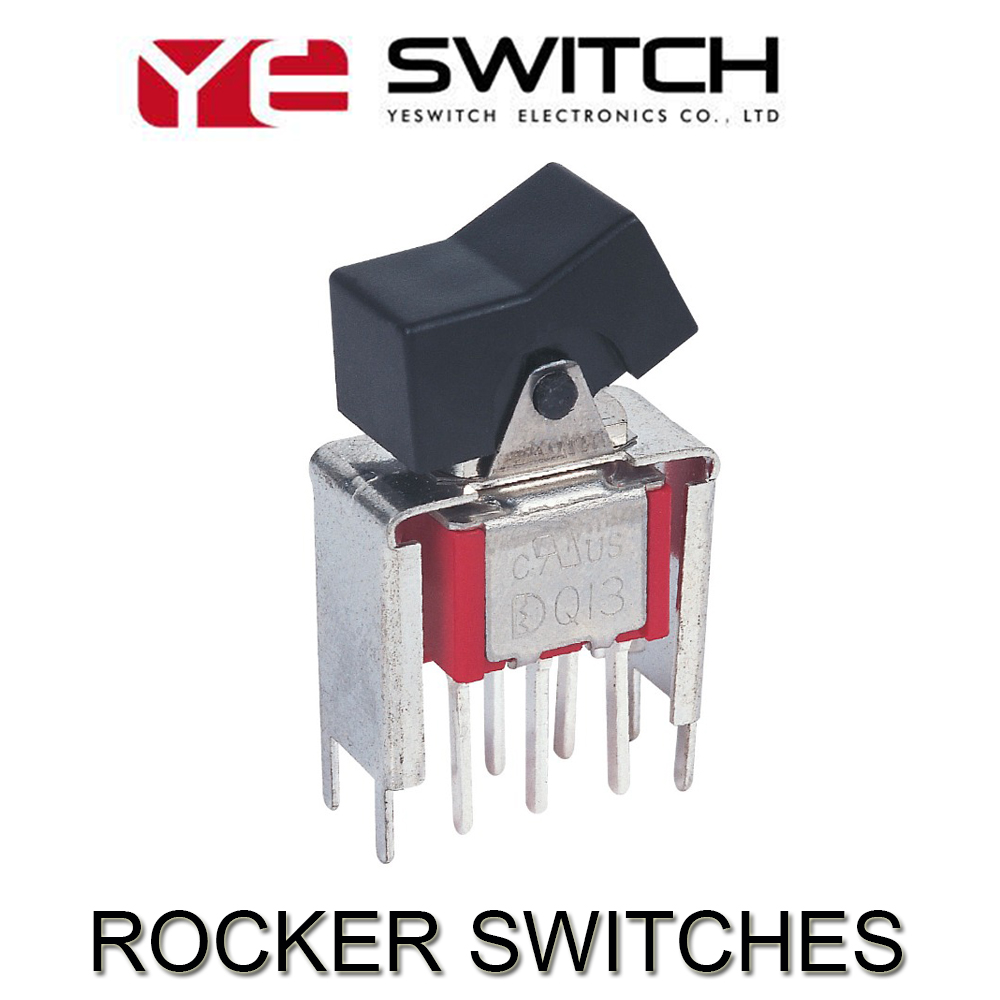 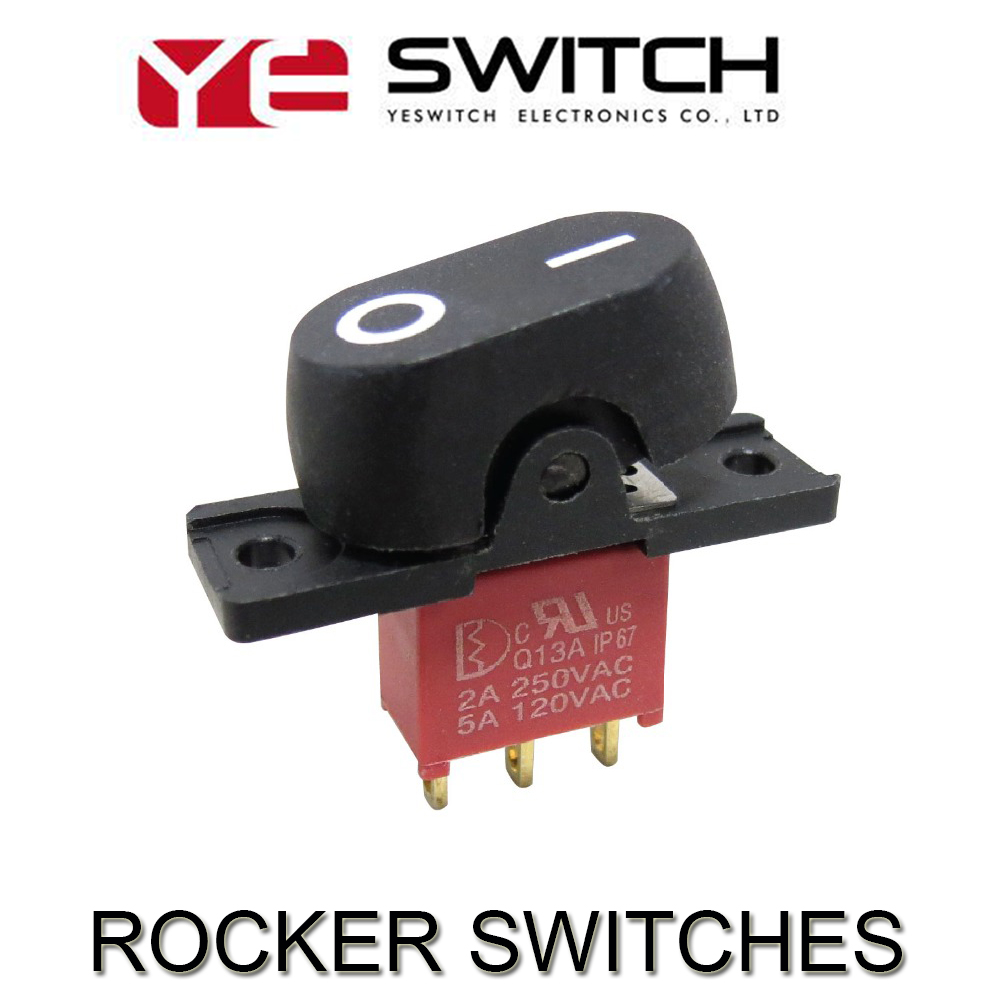