In order to accelerate the optimization and upgrading of Jining's industrial structure and accelerate the pace of economic transformation of resource-based cities, the Jining Municipal Government has issued the â€œImplementation Opinions on Encouraging the Development of New Energy Industryâ€, which has specially established new energy industry development support funds, and from various aspects. Increase financial support for the new energy industry.

According to reports, the total amount of support funds is 500 million yuan. This year, 100 million yuan will be raised. In 2010, 200 million yuan will be raised. The annual increase will be gradually increased to support the development of new energy industries. The financial special support funds are mainly used to support the development of new energy industry, with emphasis on supporting the solar photovoltaic industry and the LED new light source industry. In addition, Jining City's special innovation major scientific and technological achievements special funds, special product cultivation special funds also gradually focus on supporting the photovoltaic industry, LED new light source industry and other new energy industries.

At the same time, the city actively promotes the â€œsolarâ€ roof plan, encourages the implementation of solar photovoltaic power generation and building optoelectronic integration in large public buildings, and promotes the use of photovoltaic power lighting in public facilities such as urban roads, landscape lighting, and river improvement, in addition to fighting for the country. For the subsidy of 20 yuan / watt, the use of local products, and then give 10 yuan / watt subsidy. For the LED lighting project using local products, the installation of LED street lamps and street lamps, as well as the use of LED light sources for institutions, enterprises, communities, plazas, etc., shall be subsidized according to the 15% of the price of the bid-winning agreement; urban and rural households use LED lighting, Subsidized at 20%. In addition, various preferential tax and fee policies will be further implemented, and various preferential policies and financial support from the state and the province will be actively pursued, and the construction of the investment and financing system will be accelerated, and multiple measures will be taken to support the development of the new energy industry. (Edit: Looking up at the stars)
Taiwan LED companies continue to enter the North American market through UL verification

Dc Worm Gear Motor is a kind of motor widely applied in daily life. For example, the range hood in the kitchen is a typical application.

3. With self-lock function to prevent the back-driving.

According to the number of stages, 46mm DC Worm Gear Motor has following types:

The disadvantages for dc worm gear motor is low efficiency. 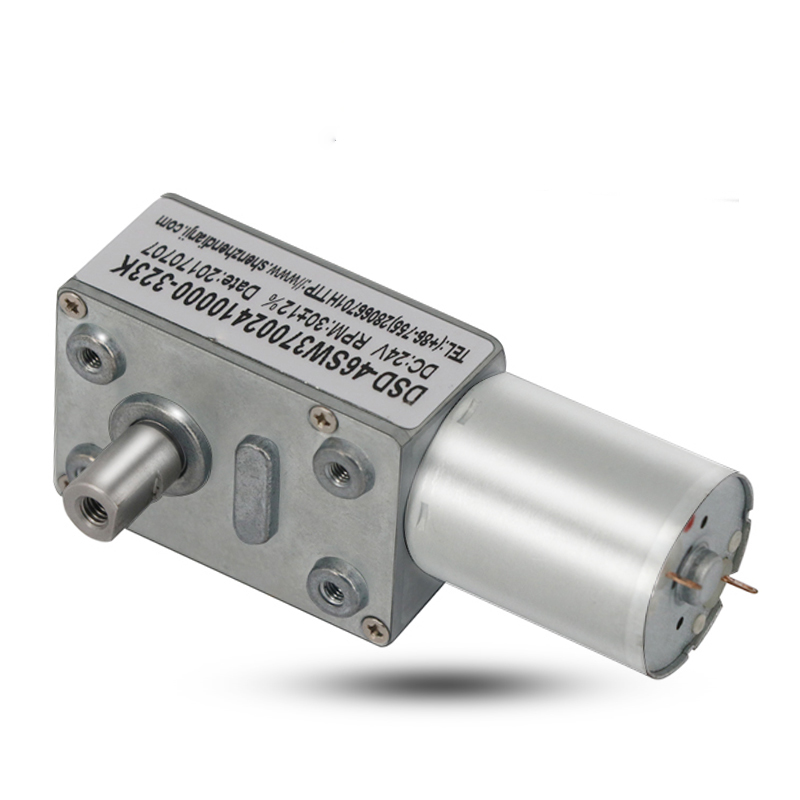