Therefore, people began to use the photoelectric imaging system to collect the image of the controlled target, and then digitally processed by a computer or a dedicated image processing module to perform size, shape, color, etc. according to the pixel distribution, brightness and color of the image. Discrimination. In this way, the rapidity and repeatability of the computer are combined with the highly intelligent and abstract capabilities of the human eye, thereby creating the concept of machine vision.

A successful machine vision system is a system that has been carefully engineered to meet a range of specific requirements. When these requirements are fully determined, the system is designed and built to meet these precise requirements.

The advantages of machine vision include the following:

As an accurate measuring instrument, an excellent vision system can be used to spatially measure one of a thousand or more components. Because such measurements do not require contact, there is no wear and danger to the fragile components.

The visual system can protect people from fatigue. Because there is no manual operator, there is no artificial change in operation. Multiple systems can be set to run separately.

As computer processor prices have fallen dramatically, machine vision systems have become more cost effective. A $10,000 visual system can easily replace three manual detectors, each requiring $20,000 in salary per year. In addition, the operating and maintenance costs of the vision system are very low.

The vision system is capable of performing a variety of different measurements. After the application changes, only the software needs to be changed or upgraded to meet the new requirements.

Many companies that apply Satisfactory Process Control (SPC) are considering applying machine vision systems to deliver continuous, coordinated, and accurate measurement SPC commands. In SPC, manufacturing parameters are continuously monitored. The control of the entire process is to ensure that these parameters are within a certain range. This allows the manufacturer to adjust process parameters when the production process is out of control or when bad parts are present.

Machine vision systems have better adaptability than optical or machine sensors. They make automated machines versatile, flexible and reconfigurable. When it comes to changing the production process, "tool change" for machine vision is just a software change rather than replacing expensive hardware. When the production line is reorganized, the vision system can often be reused. 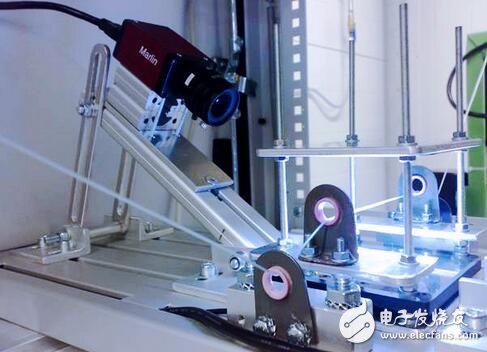 The composition of the machine vision system

Machine vision technology uses a computer to analyze an image and draw conclusions based on the analysis. There are two applications for machine vision today. Machine vision systems can detect components where the optics allow the processor to more accurately observe the target and make an effective decision as to which components can be discarded; machine vision can also be used to create a component that uses complex optics and The software combines directly to guide the manufacturing process.

Although machine vision applications vary, they all include the following processes;

The optical system captures the image, which is converted to an analog format and passed to computer memory.

The processor uses different algorithms to improve the image elements that have a significant impact on the conclusion.

The processor identifies and quantifies key features of the image, such as the location of the holes on the printed circuit board or the number of pins on the connector. This data is then transferred to the control program.

The processor's control program draws conclusions based on the data received. For example: These data include whether the hole on the printed circuit board is within the required specifications or how an automatic machine must move to pick up a part.

The acquisition of images actually converts the visual images and intrinsic features of the measured object into data that can be processed by the computer, which directly affects the stability and reliability of the system. The image of the object to be measured is generally acquired by using a light source, an optical system, a camera, an image processing unit (or an image capture card).

Light source and important factors affecting the input of the machine vision system, as it directly affects the quality of the input data and at least 30% of the application effect. Since there is no universal machine vision lighting device, the corresponding lighting device should be selected for each specific application example to achieve the best results. Many industrial machine vision systems use visible light as a light source, primarily because visible light is readily available, inexpensive, and easy to operate. Several commonly used sources of visible light are white, fluorescent, mercury, and sodium.

However, one of the biggest drawbacks of these sources is that light energy cannot be kept stable. Taking fluorescent lamps as an example, in the first 100 hours of use, the light energy will drop by 15%, and as the use time increases, the light energy will continue to drop. Therefore, how to make the light energy stable to a certain extent is an urgent problem to be solved in the practical process. On the other hand, ambient light will change the total light energy that these light sources illuminate onto the object, causing noise in the output image data. Generally, a protective screen is added to reduce the influence of ambient light. Due to the above problems, in today's industrial applications, for some highly demanding inspection tasks, invisible light such as X-rays or ultrasonic waves is often used as a light source.

For machine vision systems, images are the only source of information, and the quality of the image is determined by the proper choice of the optical system. Generally, errors due to poor image quality cannot be corrected by software. Machine vision technology combines optical components with imaging electronics and uses computer control systems to identify, measure, classify, and detect components that are passing through automated processing systems. Machine vision systems typically detect 100% of the processed product without slowing down the line. This capability is important as more and more manufacturers are in need of â€œ6-sigmaâ€ (less than 3 parts per million effective units) in order to be more competitive in today's highly quality-conscious markets. . In addition, these systems are ideally suited to Satisfactory Process Control (SPC).

The main parameters of the optical system are related to the format of the photosensitive surface of the image sensor, and generally include: aperture, field of view, focal length, F number, and the like.

The vacuum television camera tube is composed of a camera target and an electron gun sealed in a glass tube cover. The camera target converts the illuminance distribution of the input optical image into a two-dimensional spatial distribution of the corresponding pixel charge of the target surface, mainly completing the photoelectric conversion and charge storage tasks; the electron gun completes the scanning and picking process of the image signal. The TV camera tube imaging system features high definition, high sensitivity, wide spectrum and high frame rate imaging. However, since the television camera tube is a vacuum tube device, its weight, volume, and power consumption are large.

CCD is currently the most commonly used image sensor for machine vision. It integrates photoelectric conversion and charge storage, charge transfer, and signal reading. It is a typical solid-state imaging device. The outstanding feature of CCD is that it is a signal of charge, and its device is a signal of current or voltage. Such an imaging device forms a charge packet by photoelectric conversion, and then transfers and amplifies the output image signal under the action of a driving pulse. A typical CCD camera consists of an optical lens, timing and sync signal generator, vertical driver, and analog/digital signal processing circuitry. The figure below shows the block diagram of the CCD camera.

As a functional device, CCD has the advantages of no burn, no hysteresis, low voltage operation and low power consumption compared with vacuum tubes.

The development of CMOS (Complementary Metal Oxide Semiconductor) image sensor first appeared in the early 1970s. In the early 1990s, with the development of ultra-large scale integrated circuit (VLSI) manufacturing process technology, CMOS image sensors were rapidly developed. The CMOS image sensor integrates a photosensitive element array, an image signal amplifier, a signal reading circuit, an analog-to-digital conversion circuit, an image signal processor, and a controller on a single chip, and has the advantage of program random access of local pixels. At present, CMOS image sensors are widely used for their good integration, low power consumption, wide dynamic range and almost no smear of output images.

In a machine vision system, the main function of the camera is to convert the optical signal received by the photosensitive element into a magnitude signal output of the voltage. To get the digital signal processed and recognized by the computer, the video information needs to be quantized. Image acquisition card is an important tool for video information quantization.

The image acquisition card mainly completes the digitization process of the analog video signal. The video signal is first filtered by a low-pass filter and converted into an analog signal that is continuous in time. According to the requirements of the application system for image resolution, the sample/hold circuit is used to sample the video signals of the borders at intervals in time. The signal is converted to a discrete analog signal; it is then converted to a digital signal output by an A/D converter. The image acquisition/processing card has the function of analog-to-digital conversion, and also has the functions of analyzing and processing video images, and at the same time, can effectively control the camera.

In machine vision systems, visual information processing technology mainly relies on image processing methods, including image enhancement, data encoding and transmission, smoothing, edge sharpening, segmentation, feature extraction, image recognition and understanding. After these processes, the quality of the output image is improved to a considerable extent, which not only improves the visual effect of the image, but also facilitates the analysis, processing and recognition of the image by the computer.

The machine vision system is an effective way to realize precise control, intelligence and automation of instruments and equipment. It is called the â€œmachine eyeâ€ of modern industrial production. Its biggest advantages are:

(1) Realize non-contact measurement. It will not cause any damage to the observation and the observer, thus improving the reliability of the system;

(2) has a wide spectral response range. Machine vision can extend the human visual range by using dedicated light-sensitive elements that can observe a world that humans cannot see.

(3) Working long hours. It is difficult for humans to observe the same object for a long time. Machine vision systems can perform observation, analysis, and identification tasks for extended periods of time and can be used in harsh work environments.