Therefore, it has become an inevitable trend to establish a wide-area computer network of expressways and construct a business information system for highway traffic.

DPT (Dynamic Packet Transport) technology uses a completely new mechanism to transmit IP packets directly over the fiber, while its MAC layer address uses spatially multiplexed MAC addresses. The Spatial Reuse Protocol (SRP) is a media-independent MAC layer protocol that can be used on various physical layer technologies. A typical use consists of two reverse fiber optic SRP rings, each of which can be used to transmit data and transmit control signals in the opposite direction. Its working principle is shown in Figure 1.

In order to distinguish between the two rings, one may be called the inner ring and the other is the outer ring. When the SRP is running, the data is sent in one direction (downstream) and the control signal (upstream) is transmitted on the other fiber in the opposite direction. The two fibers are controlled by each other, so there are two upstream streams and two downstream streams. In this way, SRP can maximize the transmission bandwidth of the fiber. At the same time, because the control signal is not interfered by the data stream (such as queuing, sudden congestion, etc.), it can be transmitted quickly, which provides a guarantee for further optimization of the bandwidth and high-speed self-healing of the network. 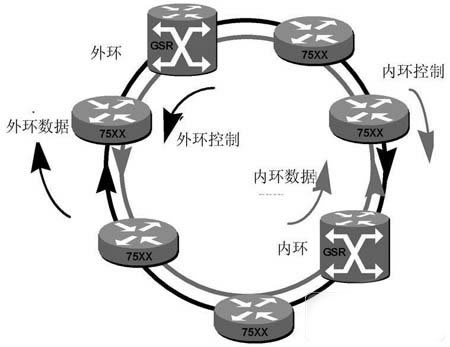 Due to the media-independent nature of SRP, DPT technology can run transparently on a variety of existing critical fiber infrastructures: bare fiber, wavelength division multiplexing (WDM) or SDH point-to-point or ring. The media-independent nature also enables DPT to operate in a mixed environment of the above media, providing a solution for a smooth transition to pure IP-optimized fiber networks.

Fair mechanism: All nodes have equal control over bandwidth, which provides the best guarantee for statistical multiplexing of bandwidth.

Statistical multiplexing: Network bandwidth is used in segments, and the excess bandwidth between any nodes can be used by other nodes to double the available bandwidth.

as shown in picture 2. 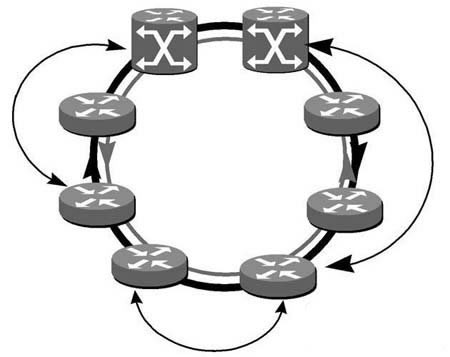 Scalability: The number of nodes on a ring can be up to 128, the single port rate can be up to 10 Gb/s, and the geographic range can be extended to a sufficient extent like SDH.

Reliability: Provides better network self-healing capabilities than SDH's Automatic Protection Switching (APS). Not only can the fiber be switched within 50 ms, but because it is IPAw are, IP traffic can be recovered in 50 ms without re-convergence of the routing table.

Plug and Play: Simple ring structure and automatic discovery mechanism make the configuration of network devices very simple. For example, in a mesh network, adding 2 nodes requires 2N ports, and in a ring network, adding a node requires only one pair of ports.

High-performance price ratio: Each device on an SRP ring always needs only one pair of SRP ports (in a point-to-point mesh network, each node needs N2 ports), so that the network no longer needs to add ports when the network is expanded, which greatly reduces the number of ports. Network cost. At the same time, its high reliability also greatly reduces operating and maintenance costs and increases production efficiency.

Taken together, DPT technology will bring the following benefits to SDH Wnet:

(1) Effective investment. The establishment of the IP fiber ring has fundamentally changed the investment structure of the highway wide area network, greatly improving the investment efficiency. For example, wide-area networks no longer need to invest in expensive time-division multiplexing (TDM) devices (such as SDH devices) to achieve the same bandwidth; at the same time, they can use spatial multiplexing and statistical multiplexing techniques for the most efficient use. These bandwidths result in higher benefits. For another example, the integrated network management method from the physical layer to the IP layer not only greatly reduces operating costs, but also greatly improves production efficiency.

(4) Fully expandable. As a key IP optimization optical technology for the new era of communication, DPT provides a continuous development path for the network with a new and more stable and reliable network architecture.

The backbone network should cover the area under its jurisdiction from the geographical area. The number of nodes on the ring network should not be too much. It is mainly connected to the sub-center level and the management office under the jurisdiction of the center. The transmission rate should be chosen to be higher than the transmission rate of the secondary network.

The application of the DPT ring network is mainly to solve the problem of chain connection of the highway network, that is, adopting a method similar to the SDH ring, which is very effective for long-distance links. However, for the network connection in the metropolitan area, the combination of IPOS and DT P can be used to construct the metropolitan area network, as the case may be. This is shown in Figure 3.

When a fault occurs, the secondary loop automatically takes over the primary loop in 50 ms, which is a "hot backup" method. In this way, the transmission bandwidth of the fiber can be maximized. At the same time, because the control signal is not interfered by the data stream (such as queuing, sudden congestion, etc.), it can be transmitted quickly, which provides a guarantee for further optimization of the bandwidth and high-speed self-healing of the network. 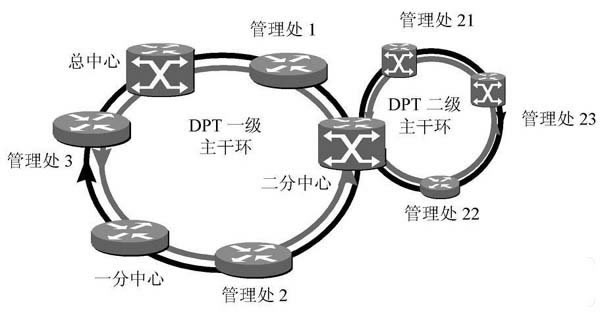 (2) DPT technology can run transparently on existing important fiber infrastructures such as bare fiber, wavelength division multiplexing (WDM), SDH point-to-point or ring. The media-independent nature also enables DPT to run in a mixed environment of the above media, making it easy to implement different network topologies and network applications.

(3) Since the DPT ring can easily realize the access of the secondary secondary ring, the bandwidth of the network can be segmented, and the surplus bandwidth between any nodes can be used by other nodes, thereby multiplying the application. bandwidth.

(4) The DPT ring can provide better network self-healing than SDH's Automatic Protection Switching (APS). Not only can the fiber be switched within 50 ms, but because it is IPAw are, IP traffic can be recovered in 50 ms without re-convergence of the routing table.

The wide area network of the expressway must cover the charging system, monitoring system and communication system from the business. It must contain on the transmission media: data, images and audio. This requires the establishment of a highway wide-area fiber network with a broadband interface to accommodate the common transmission of the above three media. DPT technology can solve this problem well, and DPT technology will be more and more applied to highway networking because of its advantages.

The Ultrasonic Diffuser dissipates water molecules and dissolved essential oils into nanometer-grade cold mists with a diameter of 0.1-5 micrometers in the surrounding air through the high-frequency oscillation generated by the ultrasonic vibration device, so that the air is full of fragrance. After heating in winter, the indoor air is dry, people will have dry lips, dry throat, dry mouth, dry skin, nose bleeding and other "heating dry" symptoms, Ultrasonic Essential Oil Diffuser uses a variety of ways to atomize water and pure plant essential oils, so that the room maintains a high humidity and produces a certain amount of natural negative oxygen ions to purify the air while achieving the effect of aromatherapy.

Ultrasonic Aroma Diffuser is a fashion, a culture, and a spiritual sustenance for people who pursue high-quality life.