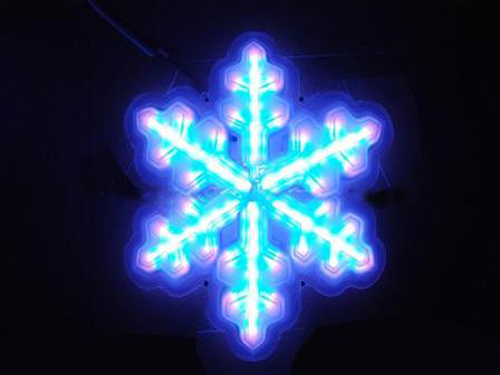 Recently, the trend of machine substitution is flooded in various industries. Companies of all sizes have also followed suit. The lighting industry has also stirred up such a â€œstrong windâ€, such as the activation of ADAYO Huaguang LED fully automatic production line; "Highly intelligent definition of automatic lighting production line"; Sanyueguang SY series automation equipment. Is the automation of production equipment so magical?

Difficulties, where to break?

In addition, the lighting and lighting industry is a labor-intensive industry and requires a large amount of labor force on the production line. However, the prices of lamps and lanterns are declining. The high labor costs have already placed a considerable burden on the company's net profit, and the slump in the entire market has caused the company's profits to plummet, and the company's survival pressure has risen sharply. So where should the lamp company go?

In response to these problems, the lamp company owners are trying to solve in various ways, but the effect is always not ideal. Therefore, some people proposed to use automated production equipment to replace labor, because the use of automated production lines to replace labor, not only can solve the current labor shortage, high cost, low profits and other issues, but also to speed up the processing speed, improve accuracy and reliability, to achieve More efficient use of warehouse space and space.

According to China's industrial robot statistics released by the China Robotics Industry Alliance for the first time, in 2013, the total sales volume of industrial robots in the Chinese market was nearly 37,000 units, an increase of approximately 36% year-on-year, accounting for approximately one-fifth of global sales. Our country has surpassed Japan to become the worldâ€™s largest robot market. From the perspective of the development of domestic robots, it can be imagined that the speed of development of domestic automation equipment is fast. One of the reasons is that many enterprises in our country attach importance to the research and development of automation equipment, and the lighting and lighting industry is no exception.

It can be seen that the automated production line is not only a simple manual replacement, but a full-scale, on-line production and management of online quality control boxes. Zhang Fan, general manager of the company also said that if the lighting lighting industry wants to solve the recruitment difficulties, product prices and other issues, only the use of production equipment automation can solve, because the current production of raw materials and labor costs can no longer be reduced, only through The production of more products can be guaranteed in terms of quantity, which in turn reduces the price of the product and seizes market share, making the company invincible in the competition.

The status of production automation

Since the automation of production equipment is favored by a single person, what is its current status? First of all, the development trend of automated production equipment is the primary stage of mechanization, the excessive phase of automation, the intelligent development stage, and the intelligence stage of informationization. At present, in the lighting lighting industry in China, there is not much to use for automation of production equipment, because automation requires costly investment, and investment can only be recovered through the reduction of operating costs. The lighting and lighting industry is only a handful. Only those manufacturers who have thoughts at the forefront have adopted automated production. Almost none of the manufacturers in the ancient town are using production equipment for automation. It is understood that the Guangzhou government has proposed that by 2020 more than 80% of manufacturing enterprises in the city will use industrial robots and smart equipment; in Dongguan, a sample survey conducted by the government shows that 66% of the companies have invested funds in the past five years. In the â€œmachine substitutionâ€ work, 92% of the companies stated that they will continue to increase investment or prepare to do related work in the next two years. It can be seen that in the future development process, production equipment automation must be a trend.

At the same time, â€œTransforming from a manufacturing powerhouse to a manufacturing powerhouse, improving product quality, reliability, and production efficiency are key, and this depends on the use of advanced manufacturing technologies such as artificial intelligence, digital manufacturing, and robotics. The same is true.â€ Song Xiaogang, Executive Director and Secretary-General of the China Robotics Industry Alliance explained that as a â€œworld foundryâ€, the advantage of China in the past was to have a large amount of cheap labor. What is needed now is efficient production, and the automation of production equipment can be improved. productivity.

Learn from each other, human-computer collaboration

The automation of production equipment is certainly beneficial, but there are also some industry sources that need to be alert to the disorderly expansion of production equipment automation. Because machines replace manpower, there are bound to be some negative effects. For example, there will be a group of laborers facing the predicament of unemployment, resulting in an increase in the number of unemployed people in society. Or blind expansion between manufacturers, leading to greater market operating risks, so those who hold opposing views do not advocate production automation.

In response to this concern, what are the ways to solve it? The most harmonious solution is human-computer collaboration, changing the division of labor model and quality control thinking. Through employee training, employees can operate more easily. Professor Zong Guang of the Institute of Robotics of Beijing University of Aeronautics and Astronautics stated that "comparing each other's strengths is the reason for the existence of the machine; mutual assistance and mutual benefit can overcome the fear of the machine; man-machine collaboration is the main purpose of the human-machine relationship."

In the future, along with the development of science and technology, there will be mechanization instead of manual labor everywhere. Will the lighting and lighting industry adopt production equipment automation? The answer to this question will sooner or later be known.