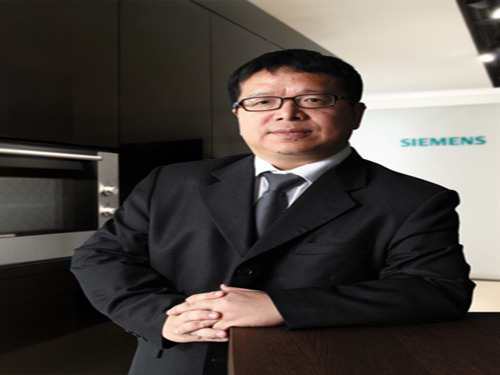 Since the beginning of 2014, the monthly retail volume of China's refrigerator market is basically green across the board. According to the data deduced by China Yikang, the sales volume in China's refrigerators during the first half of this year was approximately 17.63 million units, which was 8.5% lower than the same period of last year, and the decline in the second quarter was as high as 9.7%.

However, in the same period, Bosiâ€™s home appliances have risen in contrarian conditions. "From January to June this year, Bo Xi (refrigerator)'s overall market growth was above double digits," Wang Weiqing said.

In this regard, Wang Weiqing also holds the same view: the overall market is affected by the slowdown in macroeconomic growth, especially the excessive overdraft in the previous years of the 3rd and 4th markets. Now it is a digestion period. In the past, the 30% and 40% growth rates were very difficult to achieve. continue. â€œOverall, for 2014, I think the market is relatively stable, there will be no greater decline, but there will not be a higher increase,â€ Wang Weiqing said.

At present, market institutions generally bearish on the 2014 refrigerator market. According to Zhong Yikangâ€™s forecast, sales volume in the refrigerator market in China will reach 33.18 million units in 2014, which is 4% lower than the same period of 2013.

Contradictions with the stagnant market are that many refrigerator manufacturers, including Hefei Sanyo, TCL, Skyworth, Omar, and Gree's Jinghong, have expanded their production bases and put into operation one after another.

On April 24, 2014, the first phase of Boxi Huadian (Anhui) Co., Ltd., which was invested by Boxi Home Appliances Co., Ltd., invested 90 million euros in the production base in Bozhou, Anhui, was formally put into production. It is understood that the plant has the world's most advanced and energy-saving first-class refrigerator production line, mainly producing high-end refrigerators such as door-to-door and multi-door refrigerators. After the completion of the entire project, it can produce 5 million refrigerators each year, which will become the largest in the world. The production base of refrigeration products.

"As people's living standards improve, more people can afford a good refrigerator. This demand is very large." Wang Weiqing said, "More and more consumers are skeptical about the outside world's doubts about the expansion of the production of Boxi Appliances." Need high-quality high-tech products, we have confidence in China's refrigerator market."

"We have been taking the high-end route," said Wang Weiqing. The adjustment of the product structure of the refrigerator market is a big positive factor for Bo Xiâ€™s home appliances, so he thinks â€œthe market is not good, but there are many opportunitiesâ€.

Focus on freshness and optimistic about the future market

For the high-end refrigerator market, other foreign brands are also accelerating the import of high-end products into China. In this regard, Wang Weiqing said that competition is a good thing because it can promote continuous innovation among enterprises, understand consumers and produce better products. From Wang Weiqing's point of view, the advantage of Bo Xiâ€™s home appliances lies in â€œOur R&D team has high quality genes and strong innovative strength in Germany and at the same time has a deeper understanding of Chinese consumers.â€

From the perspective of the refrigerator technology, Wang Weiqing believes that the core strength of Bosch Appliances lies in its leading preservation technology.

For China's refrigerator market, Wang Weiqing has many expectations: â€œWe are very optimistic about the future market of China, especially the market after 2015 and 2016, especially the 3rd and 4th markets.â€ Wang Weiqing said, â€œWe believe we can Get a 10% share, at least 4 million."