At the end of 2015, a news item pushed Samsung to the market in a different way: Samsung announced at the event held in Incheon, South Korea on December 21, local time that it is transferring business technology for chip and smartphone production to A new business, biomedical production. It plans to invest approximately RMB 4.7 billion to build the world's largest biopharmaceutical manufacturing plant in Songdo, Incheon.

Does this mean that Samsung is going to make a big push into biopharmaceuticals? It may be too early, but this transformation is really surprising. 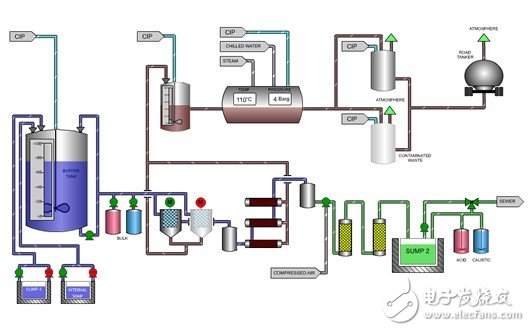 As we all know, in recent years, Samsung has suffered setbacks in the mobile phone market, and its market share has been threatened and squeezed. The semiconductor industry, which has always been proud of it, has also been squeezed by Qualcomm and MediaTek, and wants to use the chip business. It will take some time to save the overall situation.

Of course, Samsung knows this. In the past four years, it has invested nearly $2.74 billion in large warehouse-scale production plants and R&D laboratories. Now, it is using the power of manufacturing chips and smart phones in the past to make biopharmaceuticals for the most well-known companies in the global pharmaceutical industry. Its goal is to become the world's largest contract manufacturer of biopharmaceuticals.

For Samsungâ€™s new head, Li Zaiyu, it is a test to vigorously promote investment in the biotechnology field. He believes that biotechnology is a fast-growing area that can help boost the group's profit growth. Earlier this year, Lee attended the forum in China and said, "We have seen opportunities to integrate information technology, drugs and biologics."

As the de facto controller of Samsung's "business empire", Li Zaiyu has an international vision, emphasizing technological innovation and globalization strategy, focusing on relationships with important partners such as Lenovo, and hopes to transform Samsung from the world's largest technology company to The most innovative technology company in the world.

However, things may not develop as smoothly as they expected. For Samsung, the pharmaceutical process is far more complex and demanding than the process of manufacturing semiconductors. Be aware that a grain of dust can interrupt production. In addition, Samsung's expansion in the field of biosimilars is still facing the unfavorable situation of competition between large pharmaceutical companies such as Pfizer and Anjin, and the market is still immature; although countries such as Europe and Japan allow generic drugs to be sold, the United States has not yet issued specific regulations. And did not approve any such generic biopharmaceutical sales.

Therefore, in addition to biopharmaceuticals, Li Zaiyu is still actively using the contacts in his global elite circle to find new areas for cooperation & investment, and this new field is the digital health industry.

In fact, when Li took over the Samsung Empire, he was considering the way out of Samsung's new era, and he had a lot of ambitions in the field of mobile medicine, and this should start from the rise of the Samsung Empire and his life.

The former digital age, from functional machines to smart phones

The history of the Samsung Group dates back to about 80 years ago. In 1938, Li Zaijunâ€™s grandfather, Lee Byung-chul, created a food trading company to trade some necessities. Today, the giant has 67 different businesses, including clothing, amusement parks, shipbuilding, washing machines and financial services. Samsung Electronics is by far the most important subsidiary of the Samsung Group, accounting for two-thirds of the Groupâ€™s total revenue, and its profit share is even more than the leading position in the three major market segments â€“ smartphones, memory chips and TVs. Higher.

And to help Samsung move toward excellence, it is a mobile phone.

From a small company of less than 100 people to the world's first mobile phone brand, Samsung has created a myth. Of course, this company with more than 50 years of history is not easy.

Later, with its outstanding performance on the Android 2.3 system, Samsung Mobile surpassed Apple to become the new dominant player in the global mobile phone industry. Samsung Galaxy S III sold more than Apple iPhone 4S and iPhone 5. This is the first time in the history of modern smartphones that the sales of single Android smartphones surpassed the iPhone, and this has become a milestone in the history of smartphone development.

With the advent of the Internet of Things era, Samsung Group, as a major contributor to the Korean economy, is quietly looking for new profit growth points and seeking another major transformation in its business field. Among them, smart cars, intelligent robots and IoT batteries have become the bridgeheads that the Samsung Group has innovated. 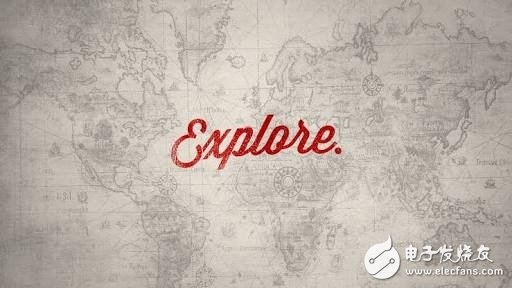 The first stop for this exploration is the smart car.

The Samsung Group first entered the automotive field. It started in 1994 when the group established Samsung Motors. However, due to the 1997 Asian financial crisis, it was forced to sell its car business to Renault in France in 2000. Fifteen years later, Samsung Group proposed to regard smart cars as an important strategic project in the future, marking the battle for Samsung Group to re-enter the auto market.

In December 2015, Samsung Group reorganized the original Denso Business Group and appointed Vice President Park Chung-soo as the new business team leader. The Denso Group is directly affiliated to Samsung Electronics, the vice president of Samsung Electronics, which is responsible for semiconductor and display components. It has a considerable weight within the Samsung Group. Park Jung-soo was once directly sent to Samsung Motors by Samsung Electronics Chairman Lee Kin-hee, and is considered to be the most suitable person in the Samsung Group for car projects. This restructuring marks the beginning of a new journey in the field of smart cars.

In addition to smart cars, Samsung has also opened up independent roads to overcome artificial intelligence.

At the beginning of September 2015, the Samsung Group said that as part of its new industry, Samsung Group invested in JIBO, a robotic startup company, through Samsung Venture Capital. JIBO is a venture company established by Cassie Brescia, a professor at the Massachusetts Institute of Technology in the United States, in 2012. In April 2016, the robot JIBO will be sold. Samsung Ventures is an investment company established by Samsung in 1999 to cultivate the development momentum of the group. Samsung Electronics, Samsung SDI, Samsung Electronics, Samsung Securities and Samsung Heavy Industries are their major shareholders.

According to Samsung Electronics, Samsung Ventures invested in companies that hold semiconductor or display technology at the beginning of its establishment, which led to the rapid development of Samsung Electronics' semiconductor and display projects. Currently, Samsung Ventures has turned its attention to the field of intelligent robots. To a certain extent, it represents the future development direction of the group.

At the same time, Samsung Electronics' semiconductor division is also adjusting to meet the era of intelligent robots. Since the core of the artificial intelligence robot lies in the chip, Samsung Semiconductor is taking advantage of the traditional advantages to continuously overcome the application processor project responsible for calculus and the D-RAM and memory business responsible for memory. A representative experiment to achieve this goal is the â€œMongoose Projectâ€. Expected results of the project Exynos new products will be embedded in the GALAXY S7 mobile phone that Samsung Electronics launched in 2016. Once the "ç´ project" is successful, Samsung will further break away from the influence of Qualcomm in the mobile chip business and step out of its own independent path in the field of smart chips.

Not just smart cars, artificial intelligence, but also the core of the future - IoT batteries.

In 2015, Samsung SDI, another pillar of the Samsung Group, also integrated its business. After the sale of the chemical business to the Lotte Group as a whole, Samsung SDI decided to invest 3 trillion won in 2020, expanding the battery production scale to about 10 times. According to Samsung SDI, the company's operating resources are concentrated on the car battery, and the company's sales funds will be used in the current car battery field.

At the same time, Samsung SDI is preparing for the future, and its core in the future is the IoT battery. With the advent of the artificial intelligence robot and the Internet of Things era, batteries that can be activated without connecting to a power source have become a necessity for many smart terminals. To this end, Samsung SDI has set up a new battery material center to improve the competitiveness of batteries for automobiles, batteries for drones, and batteries for smart robots. In addition, flexible and flexible battery technology has become the focus of Samsung SDI. 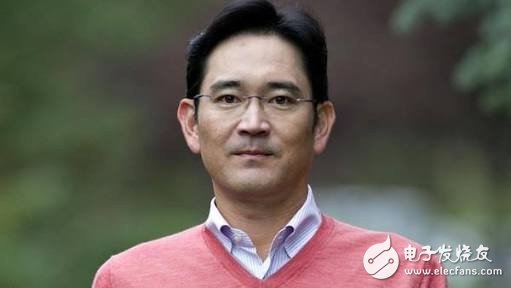 From the medium-sized enterprise group to the global business giant, Samsung attributed this achievement to the late president Li Jianxi. He has urged Samsung executives to make large-scale investments to gain size and market share rather than paying too much attention to short-term profits. However, the head of the new era does not recognize such a way. He believes that only a constant innovation in the new era will enable Samsung to have a broader development.

So, what kind of person is Li Zaiyu, can he really help Samsung to renew its vitality? At the moment, yes! He has everything that Samsung needs for him. He has an international vision, speaks fluent Japanese and English, and travels everywhere. Just as Li Zaiyu turned to Asia and the West, his goal was to lead Samsung to a broader stage, not limited to development in Korea, without losing the characteristics that made it a great success.

In fact, Li Zai's life is always ready for the future of Samsung. He studied history at Seoul National University, Korea's most prestigious institution. Like his father and grandfather, he studied in Japan, earned an MBA from Keio University, and then pursued a Ph.D. at Harvard Business School, although he did not receive a Ph.D. At the beginning of the 21st century, during the Internet bubble, Li Zaiyu took charge of a business department called e-Samsung, and then played the role he had to assume in his lifetime: learning from his father and preparing for the success of the Samsung Group. .

But just after he took over the Samsung Empire, it was caught in the dilemma of being attacked before and after: in the high-end market, Apple began to erode Samsung's profit margin; in the low-end market, competitors from China continue to threaten Samsung's status. In addition, as a member of the privileged club of Korea's big chaebol, Samsung is facing a different atmosphere in the country than before. This country is entering a new era in which the stockholders' rights movement is prevailing and public opinion suddenly turns.

Therefore, Samsung management is worried that this huge success will be fleeting, especially in the field of technology. The leading position in the technology market is often not sustainable, and Samsungâ€™s decline in the smartphone market in recent years is a testament to this.

In order to avoid this fate, Samsung has already embarked on the pace of strategic transformation, especially in digital medical, its investment in medical technology innovation (focusing on technological progress that can change the rules of the market game) can use "crazy" Two words to describe. Let's talk about how Samsung is building a stronghold in the digital medical field step by step.

This Tool Box series including all Metal Tool Box which are widely use on trailer, UAE, truck, garage., etc, it can be produced with aluminum, iron steel or stainless and can produce it according customers' diagram or special requirement.