A servomotor (servomotor) is an engine that controls the operation of a mechanical component in a servo system, and is an auxiliary motor indirect transmission. The servo motor can control the speed and position accuracy very accurately, and can convert the voltage signal into torque and speed to drive the control object. The servo motor rotor speed is controlled by the input signal and can react quickly. It is used as an actuator in the automatic control system, and has the characteristics of small electromechanical time constant, high linearity, and starting voltage, which can receive the received electrical signal. Converted to an angular displacement or angular velocity output on the motor shaft. Divided into two major categories of DC and AC servo motor, its main feature is that when the signal voltage is zero, there is no rotation phenomenon, and the rotation speed decreases uniformly with the increase of torque.

The function of the CNC machine tool servo system is to accept the command signal from the numerical control device, drive the moving parts of the machine tool to follow the command pulse motion, and ensure the fast and accurate action, which requires high quality speed and position servo. The above refers mainly to the feed servo control, in addition to the servo control of the main motion, but the control requirements are not as high as the former. Technical indicators such as precision and speed of CNC machine tools often depend mainly on the servo system. 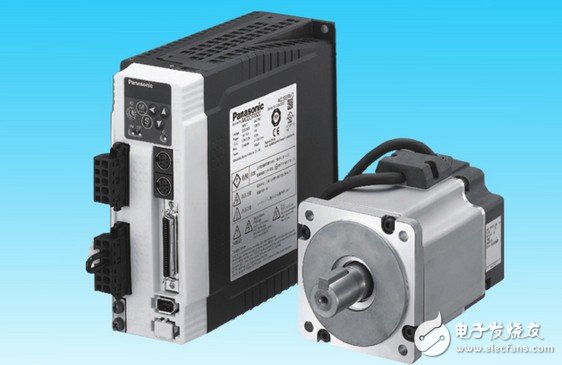 First, the basic requirements and characteristics of the servo system

1. Basic requirements for the servo system

(1) Good stability: Stability means that the system can reach new or return to the original equilibrium state after a short adjustment process under the given input or external disturbance.

(2) High precision: The accuracy of the servo system refers to the accuracy with which the output can follow the input. As a precision machined CNC machine tool, the required positioning accuracy or contour machining accuracy is usually high, and the allowable deviation is generally between 0.01 and 0.001 mm.

2, the main features of the servo system

(3) High-performance servo motor (referred to as servo motor): CNC machine tools for efficient and complex profile machining. The servo system will often be in frequent starting and braking processes. It is required that the ratio of the output torque of the motor to the moment of inertia is large to generate a sufficiently large acceleration or braking torque. The servo motor is required to have a large enough output torque at low speed and run smoothly to minimize the intermediate link in the connection with the mechanical moving part.

(4) Speed â€‹â€‹regulation system with wide speed regulation range, ie speed servo system: From the control structure of the system, the position closed loop system of CNC machine tool can be regarded as double closed loop automatic control with position adjustment to outer ring and speed adjustment to inner ring. The actual working process of the system is to convert the position control input into the corresponding speed reference signal, and then drive the servo motor through the speed control system to realize the actual displacement. The main motion of CNC machine tools requires high speed regulation performance, so the servo system is required to be a high-performance wide speed control system.

Second, the classification of the servo system

The closed-loop system is mainly composed of an actuator, a detection unit, a comparison link, a drive circuit and a machine tool. Its block diagram is shown in Figure 2. In the closed loop system, the detecting component detects the actual position of the moving part of the machine tool and converts it into an electrical signal for feedback to the comparison link. Common detection components include resolvers, inductosyn, gratings, magnetic grids, and encoder discs. A servo system consisting of a detecting element mounted on a lead screw is generally referred to as a semi-closed loop system; a servo system composed of detecting elements mounted on a workbench is referred to as a closed loop system. Due to the transmission error between the lead screw and the table, the accuracy of the semi-closed loop servo system is lower than that of the closed loop servo system.

Since the signal output from the comparison link is weak, it is not enough to drive the actuator, so it needs to be amplified, and the drive circuit is set for this purpose.

The function of the actuator is to convert the electrical signal representing the displacement into a mechanical displacement based on the control signal, ie the following error signal from the comparison. Commonly used actuators include DC wide speed motor and AC motor. The actuator is an integral part of the servo system, and the driver circuit varies from actuator to actuator.

Recently, our school has developed a high-performance AC servo (CNC machine) control system. The system has stable performance and reliable quality. It can be widely used in industrial production applications such as digital engraving, packaging machinery and mold production. It is more suitable for mechanical and electrical integration in colleges and universities, electronic and electrical, electrical automation students (graduate) production internship, curriculum design. Experimental research such as courses.

Third, the development direction of the servo system

With the continuous development of productivity, the servo system is required to develop in the direction of high precision, high speed and high power.

(3) Develop high-performance servo motors (actuators). At present, the transmission ratio of the AC servo motor has reached 1:10000, and the use is increasing. Brushless motors have two times higher acceleration performance than DC servo motors due to the absence of brushes and commutator segments. They are also convenient for maintenance and are often used in high-speed CNC machine tools.

Iron shade hanging lamp can create the perfect mood and give a stylish, good quality finish to your space.

Iron hanging lighting is suitable for home decoration, 5 star hotel, project such as mansion, villa or bar and so on it is also suitable for matching with furniture at home.