Abstract: The Infineon CE series CoolMOS is a high-voltage power MOSFET from Infineon for consumer electronics and lighting products. The MOSFETs are based on Infineon's super-junction technology platform and offer excellent performance; the series is cost-optimized and has an excellent price/performance ratio to ensure that it is extremely competitive in the extremely sensitive market for products such as consumer and lighting. This article demonstrates the superior performance of this series of products through the application examples of CE series MOSFETs on chargers and LED bulbs.

The advancement of modern technology has led to the emergence of consumer electronic products. Smartphones, tablets, e-readers, LCD/LED TVs, notebook computers and other products have become popular. Wearable devices, Internet of Things, smart homes and other new products, new interconnection concept Ascendant. At the same time, advances in power and power electronics and semiconductor technology have led to the emergence of new lighting products - LED lamps. LED lamps have high efficiency, energy saving, high light conversion efficiency, long life, environmental protection, rich colors, etc., so they have gradually replaced traditional light sources such as tungsten lamps and fluorescent lamps. Correspondingly, relevant international organizations and associations are paying more and more attention to the power conversion efficiency, EMI and other characteristics of these electronic products, and the relevant standards are becoming more and more strict, which raises higher requirements for related designers. How to design such a power conversion device to ensure that the performance meets the requirements while the price is low is the designer's biggest challenge.

Infineon Technologies, Inc. (hereafter referred to as Infineon), as the world's leading integrated semiconductor and power electronics solutions company, has recognized the above technology trends and challenges to designers. Since 2011, CE series CoolMOS (registered trademark of Infineon High Voltage MOSFET) and ICL8001/02G, ICB2FL01/02/03G, BCR, ILD series LED light control ICs and lighting ICs have been launched for such applications. As the core power control switch, CE series CoolMOS has quickly gained industry recognition for its excellent performance and excellent price/performance ratio. At the same time, through the perfect combination of CE series CoolMOS and control IC, Infineon's comprehensive solution is also widely used in the industry.

Figure 1 shows an overview of the CE series of CoolMOS products. The withstand voltage ranges from 500V, 600V, 650V and 800V. It is one of the widest voltage ranges in the Infineon CoolMOS series. DC on-resistance ranges from 0.19 ohms to 3 ohms to meet different power levels and application scenarios. CE series CoolMOS suitable applications include adapters/chargers, computer and server power supplies, TV power supplies, LED light drives and other consumer electronics and lighting products, and its applicable power conversion topology is extremely high, including hard switching flyback, Resonant flyback, PFC circuit, dual-switch forward and LLC soft-switching topologies, which give power converter designers great convenience: different circuit solutions can be selected according to design requirements, while power switches only need to be limited to one Kind. 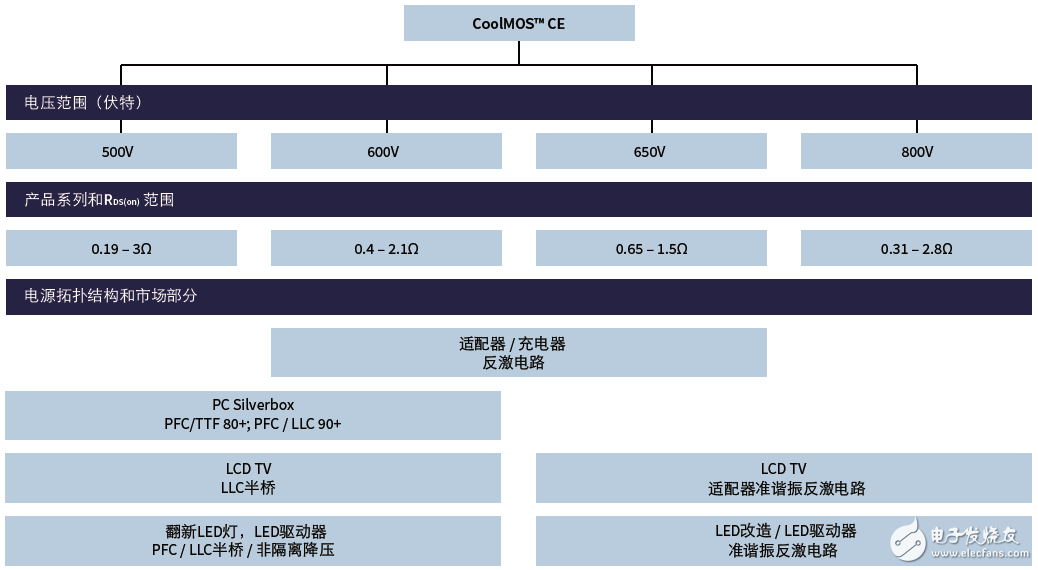 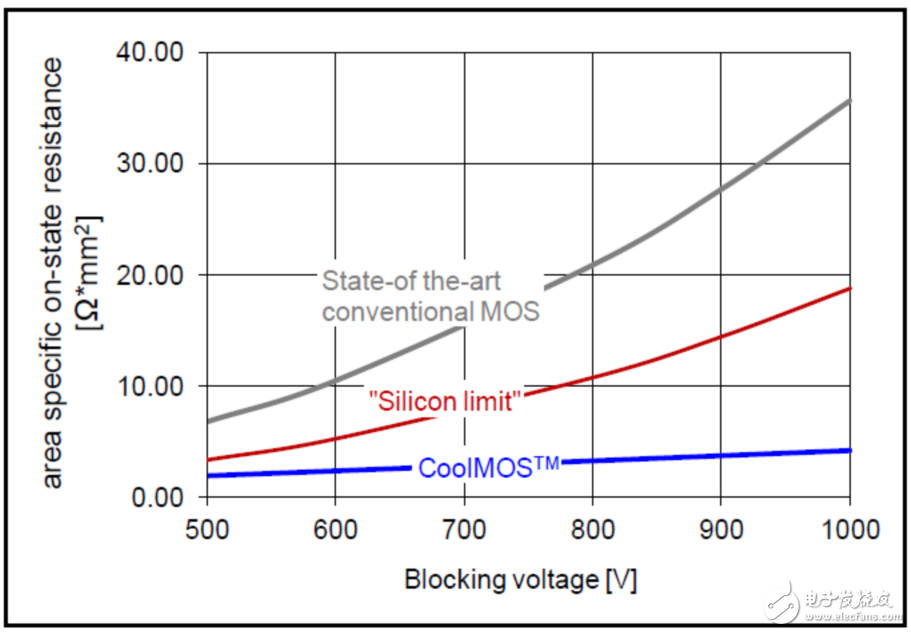 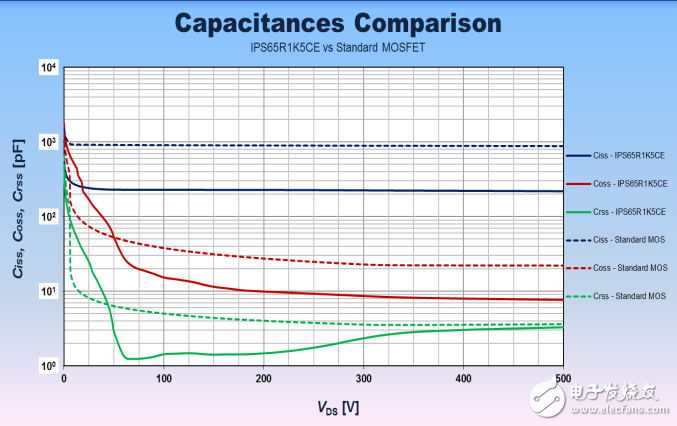 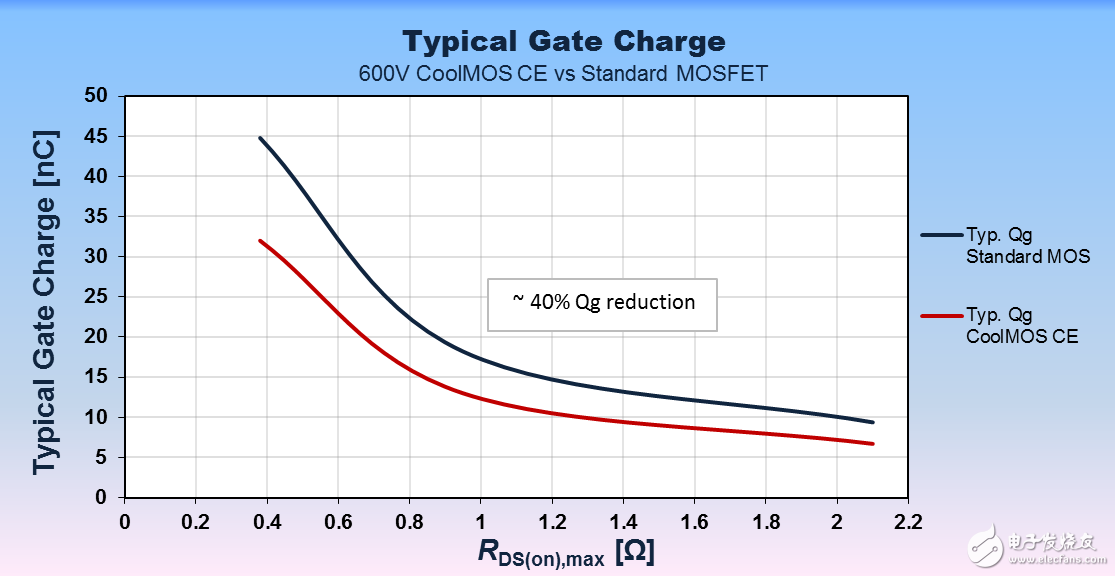 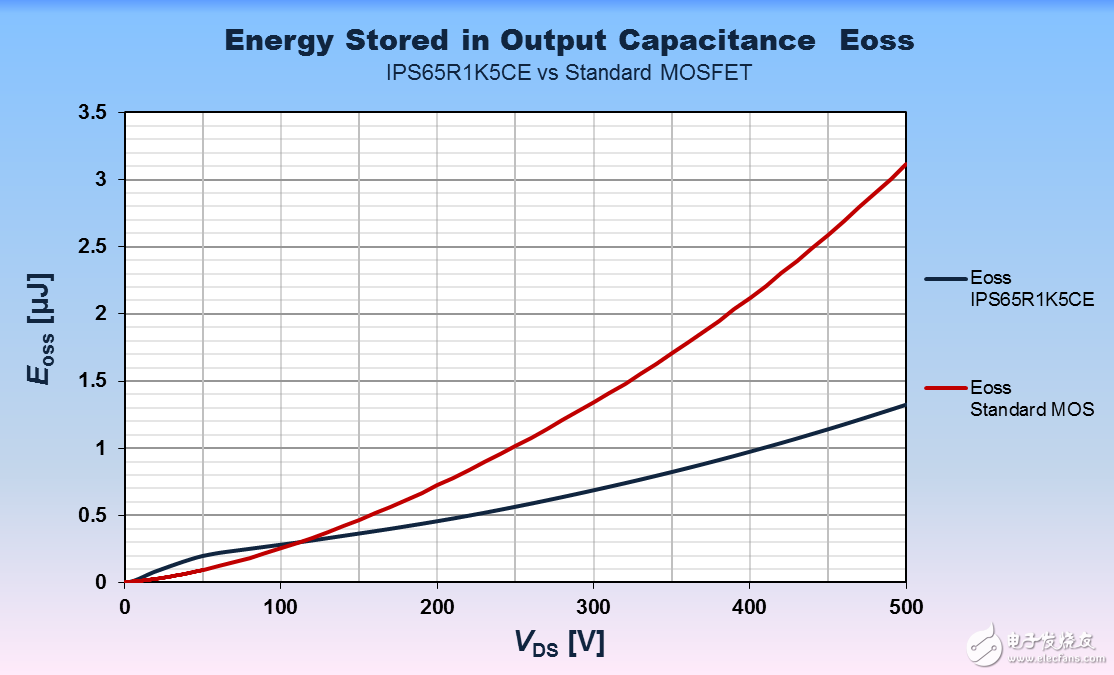 From the comparison of the above parameters, we can see that CE series CoolMOS has obvious advantages in terms of efficiency and reliability compared with standard MOSFET. Next, we will verify the superior performance of the CE series CoolMOS through application examples on the charger and LED driver.