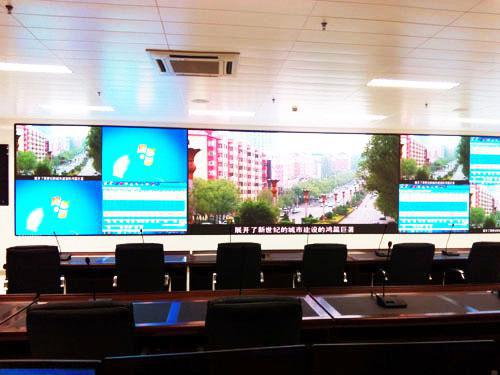 Smart cities have been formally proposed by IBM since 2010 and have been in existence for five years. However, they were originally proposed to be in 2008. In China, prior to 2012, smart cities were mainly represented by the spontaneous behavior of provinces and cities; at the beginning of 2013, China launched the first batch of smart city pilots and smart city construction step by step to scale; in March 2014, the CPC Central Committee and the State Council issued The National New Urbanization Plan (2014â€“2020) clearly stipulates â€œpromote the construction of smart cities.â€ For the first time, smart cities will be included in the national strategic plan, representing that the construction of â€œsmart citiesâ€ has become a national behavior. Speaking of this, some people may ask: What is the "smart city" of this development history?

Smart cities are the key information for information and communication technology to sense, analyze, and integrate the core systems of urban operations, including smart responses to various needs including people's livelihood, environmental protection, public safety, urban services, and industrial and commercial activities. . Its essence is to use advanced information technology to achieve smart city-style management and operation, so as to create a better life for people in the city and promote the harmony and sustainable development of the city. (from Baidu Encyclopedia).

Its main features are: information is everywhere, people-oriented, information fusion, resource optimization configuration. Its fundamental purpose is to provide various services to urban citizens, economies represented by enterprises, and managers that guarantee the operation of cities. Below, De Cai Optoelectronics introduced what is a smart city from three different perspectives: concept, content, and technology development.

Conceptually speaking, a smart city integrates information technology with urban development. Through the development of urban informatization, it promotes people's sense of well-being and enterprise competitiveness and achieves the goal of sustainable urban development. Smart City is a new generation of information technology support and the next generation of innovation in the knowledge society (innovation 2.0). It is based on the Internet, cloud computing, big data, Internet of things, social networking tools and methods to achieve a thorough and thorough perception. , Broadband ubiquitous Internet and smart convergence applications.

In terms of content, smart cities through the basic framework of cloud computing, Internet of things, mobile Internet, big data, etc., through the continuous use of information terminals and information services, creating a conducive to innovation, open innovation, popular innovation, collaborative innovation Characteristics of sustainable development and innovation, and constantly improve and perfect the city's production, lifestyle changes, and ultimately achieve humanity has a better vision of urban life. It includes smart technology, smart industry, smart applications, smart services, smart governance, smart people, smart life and so on. In short, it concerns all aspects of people's lives, including transportation, power grid, logistics, education, medical care, resources, and so on.

From the perspective of technological development, the construction of smart cities is based on the application of information technology, and the technology is based on emerging hot technologies such as Internet of Things, cloud computing, mobile Internet, and big data. 2014 is the first year of mobile 4G. 4G mobile high-speed experience lays a good foundation for smart city application promotion. The gradual maturity of the cloud technology has greatly optimized the data center and greatly improved the data center's massive data support capability. In addition, with the rapid popularization and rapid development of the Internet, major social platforms have also played their role in sustainable development and innovation. They have also placed greater emphasis on people-centeredness and achieved sustainable economic, social, and environmental development.

Since the reform and opening up, Chinaâ€™s urbanization has made remarkable achievements. However, the rapid development has also brought about a number of â€œcity diseasesâ€: tens of thousands of rural populations have flooded into cities each year, and the urban population has grown rapidly. Problems such as shortage of resources, environmental pollution, traffic congestion, and hidden safety problems have become increasingly prominent. In order to better build the city and respond to the call for sustainable development of the party and the people, smart city construction is imperative.